So far so good. We managed to get a hike in each month leading up to the marathon in April. Our recent visit to the Wilson River in the Tillamook State Forest was our final hike until after we’ve raced and recovered. We picked this hike because it provided a fairly level 8 miles which seemed like a reasonable outing at this point in our training. We chose Saturday morning for the trip based on a forecast showing no rain until that afternoon versus rain all day on Sunday. Yep, I fell for it again. The drunk monkeys that come up with the weather forecast weren’t even close as the 0% chance of precipitation was more like 95% as it rained or drizzled on us almost the whole time. Fortunately it didn’t rain hard since we hadn’t put our rain gear back into our packs.

The Wilson River trail extends over 26 miles, but for this trip we planned to hike out and back along a 4 mile section from the Jones Creek Day Use area to Bridge Creek Falls. It was great to get back on the trail and especially nice to see some signs of Spring. We set off from the parking area following the river west toward the Tillamook Forestry Center. Since the center opens at 10am the gate on the suspension bridge was still closed so we passed by and headed toward Wilson Falls after taking a quick peak back at Kings Mountain. Heather and I had done a loop hike in 2010 up neighboring Elk Mountain and down Kings Mountain. It remains to this day one of the toughest hikes we’ve tackled. 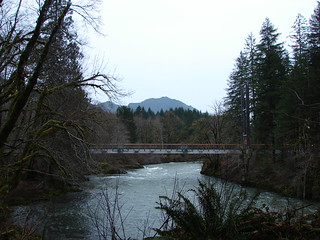 The forest was beginning to transition from Winter to Spring as buds were showing or already opening on many plants and several varieties of early flowers were blooming trailside. 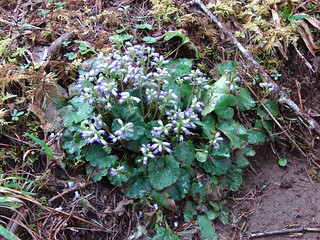 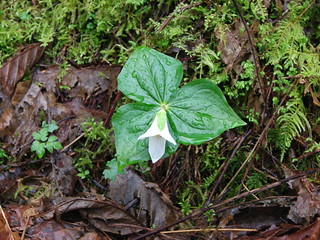 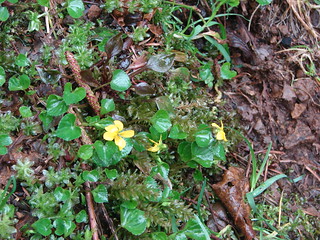 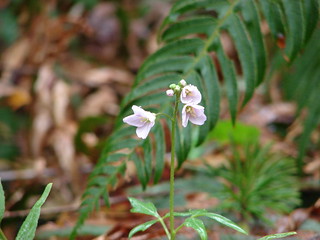 The river was running quickly due to heavy recent rain which had also swelled the creeks and runoff streams feeding into the river. Even if it hadn’t been raining there was no way our feet were going to stay dry. 🙂 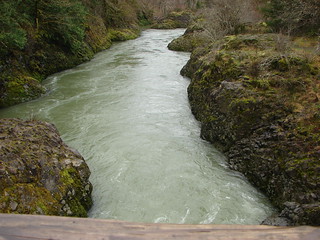 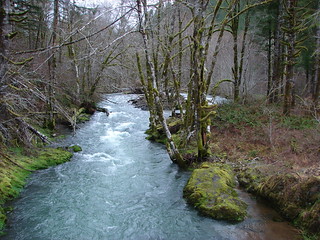 Runoff flowing over the trail 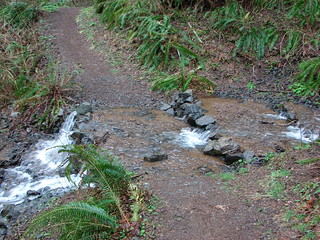 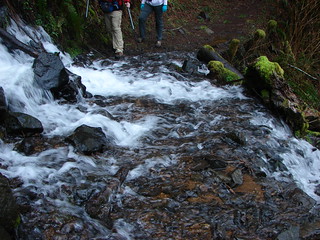 We had two waterfalls to visit on this portion of the trail. The first was Wilson Falls which lay hidden right beside the trail until we were almost directly below it. 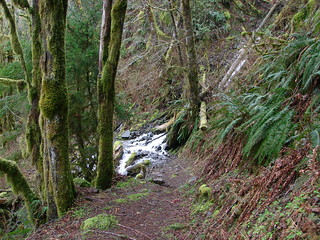 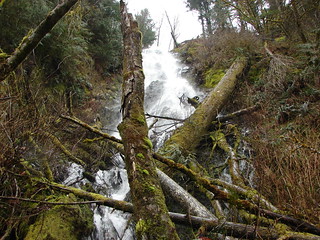 The second falls was also our turnaround point. We had to leave the river and cross Highway 6 to find the short trail to Bridge Creek Falls. An impressive fall in a narrow canyon. 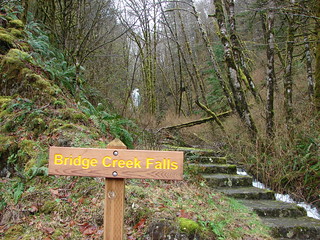 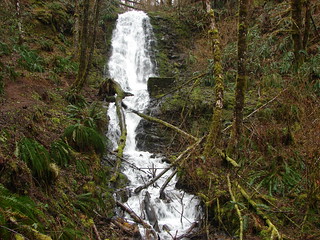 Trying to give an idea of the size of the falls. 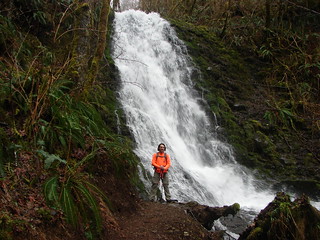 We hadn’t had any company on the trail and had only seen a handful of fishermen on the way to Bridge Creek Falls, but things got more crowded on the trail on the return trip.
Slow traffic 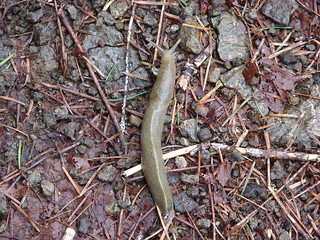 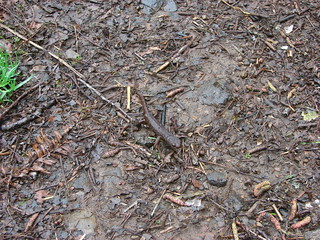 This one moved to the side to let us pass 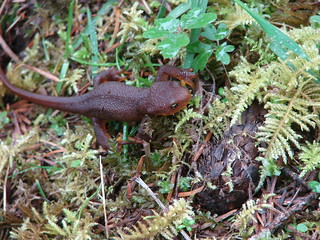 Finally we came to a standstill 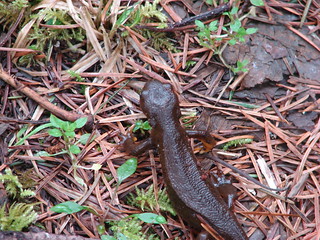 We didn’t wind up going into the Forestry Center. The rain had picked up and we were wet and muddy when we arrived back so we decided to pass on this trip. We did cross the suspension bridge in an attempt to return to the car from the opposite side of the river but washouts had closed that portion so we backtracked across the bridge and returned the way we had come that morning. The hike worked out just the way we’d hoped. Good scenery, no crowds, and not too taxing physically. Truly a hike that says “Happy Trails”.